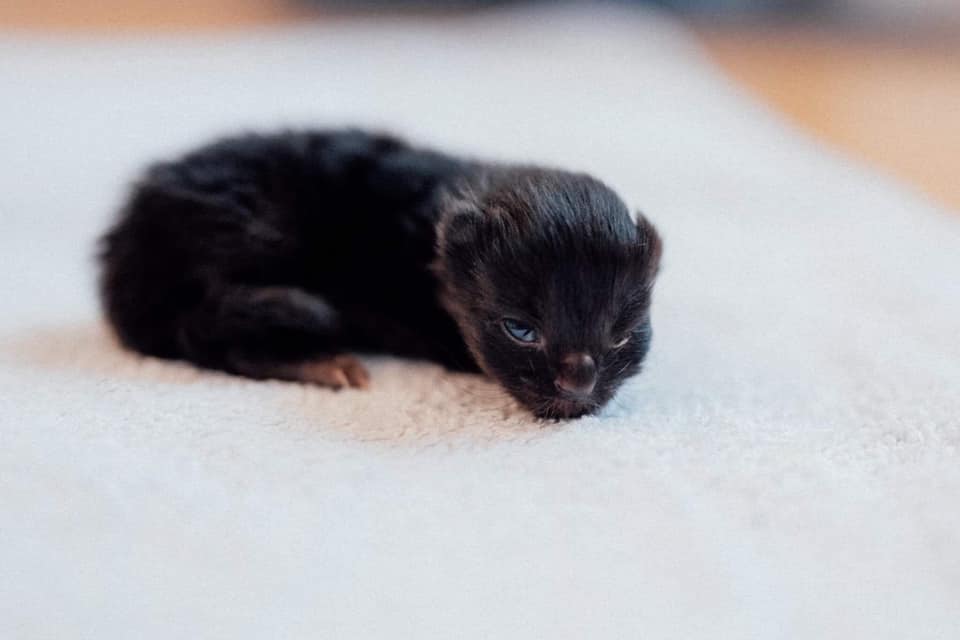 Little Wesley here has not had an easy start to life.
He and his siblings were found without a mum and taken in to a local veterinary hospital. All of his siblings passed away that first night and Wesley was all alone.
Luckily for Wesley, things started to look up. Mumma Maggie accepted Wesley as if he were her own kitten and has been raising him.
He was doing quite well with his new mumma and siblings, but then things went down hill for him again when his eyes started opening.
Unfortunately one didn’t open as it should have and became quite infected!
His eye was cleaned up and he was prescribed an eye ointment to be applied 3x a day.
Because of the infection, Wesley had a fever and it was very hard on his little body. This made him very weak and he became too weak to suckle from mumma Maggie properly and he lost weight, which in turn made him weaker than he already was.
Wesley was admitted into hospital for a couple of days to regain his strength and has just been released back into foster care with one of our veterinary nurses.
Wesley is not out of the woods and has a long way to go.
We are needing to raise funds to help with Wesleys veterinary treatments and ongoing care so if you are able, please donate what you can